Are you looking for the best free VPN for school WiFi? If yes, you have stumbled upon the right webpage. In this article, we are going to cover the seven best free VPNs that can help you access blocked content in no time.

So, without any further ado, let’s get started. 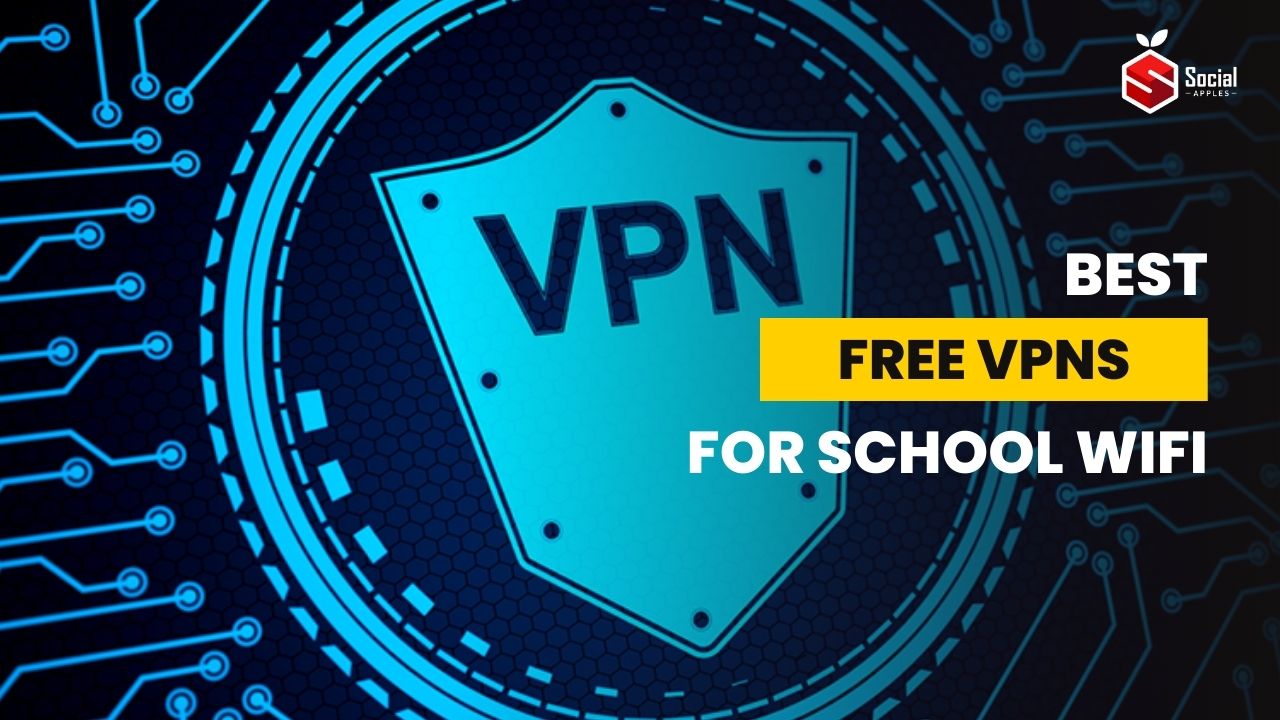 Schools and colleges often block certain websites and services to keep their students focused. Most often, these websites include social media platforms and adult websites, but sometimes, these can also include websites such as YouTube and others that can be used for research or study.

While there can be many reasons you want to uplift these restrictions, the good thing is that it is quite easy to do. All you need is a good VPN that can help you unblock these restrictions. To make it easier, we have picked the seven best free VPN for school WiFi. 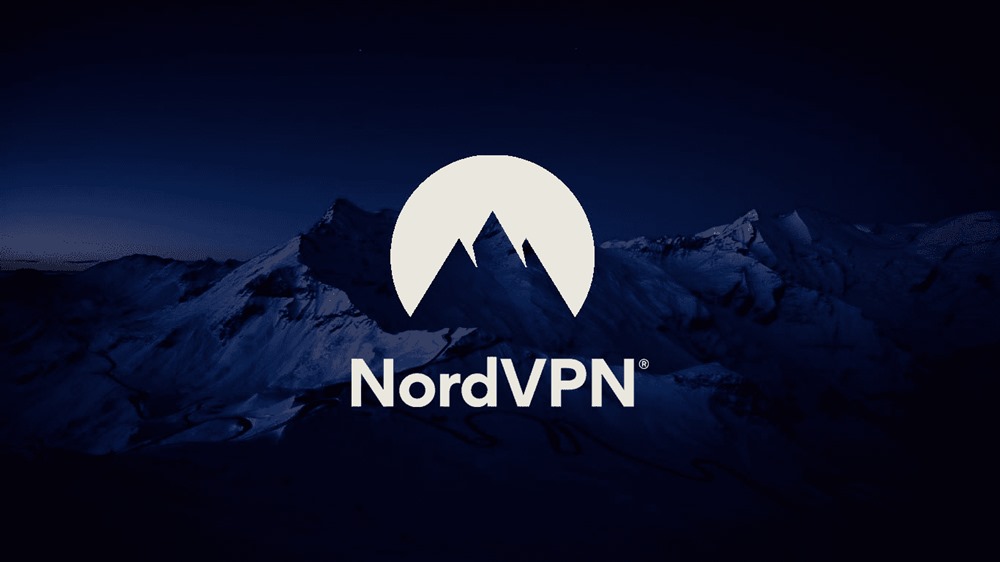 The very first VPN for school on our list is NordVPN. It is one of the top VPN choices because it boasts over 5500 servers in 59 countries, which helps it deliver superfast speed. The speed you get with NordVPN is so fast that you can even play live multiplayer games on it without any ping issues.

Each of its servers is torrenting compatible and is optimized for DDoS attacks, TOR, double VPN, TOR over VPN, and live streaming. This VPN also works with geo-restricted content and helps you unblock sites that are restricted in your location.

Besides that, NordVPN boasts a zero-log policy which means it doesn’t store any user traffic or session data at all. It only stores users’ personal login information such as email, password, and authentication data which are necessary for authentication. On top of that, all of your traffic is encrypted with AES 256-bit and 2048 DH keys. 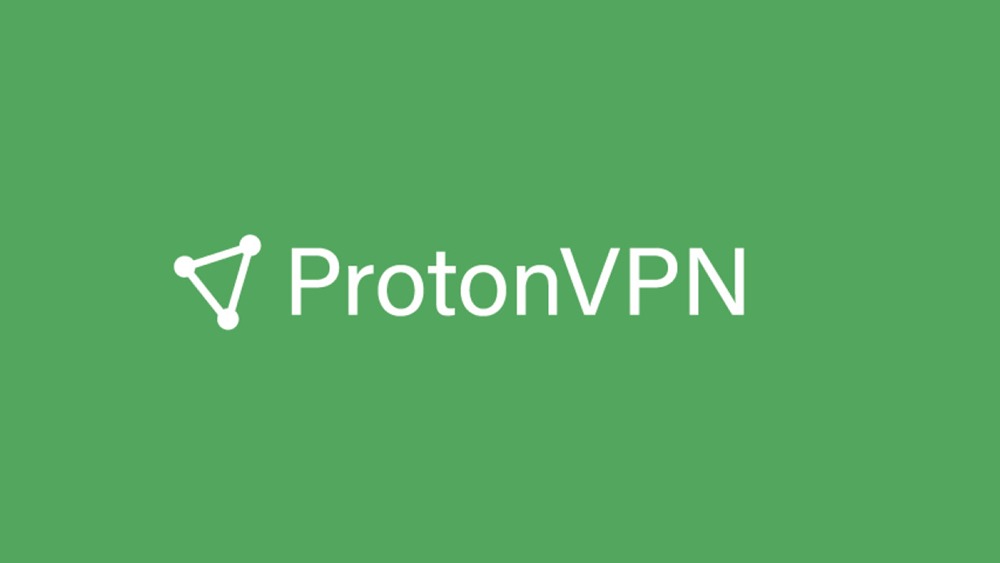 ProtonVPN is one of the few free VPNs that gives you access to unlimited data and bandwidth with a free plan. On top of that, the free plan is capable of unblocking geo-restricted content from websites like Netflix, Hulu, and more. This makes it an obvious choice for the free VPN for schools and colleges.

The free account plan of ProtonVPN gives you limited access to servers located in Japan, the US, and the Netherlands. However, with a paid plan, you can get access to over 1700 servers located in over 63 countries. Each server is well optimized for sites like torrents, streaming platforms, gaming, and more.

Besides that, ProtonVPN offers some amazing features such as Always-On, DNS Leak protection, kill switch, and more. It also allows you to create tunnels using both OpenVPN and IKEv2/IPSec protocols to protect your data. Plus, it is available for all major platforms, including Android, iOS, Windows, macOS, and Linux. 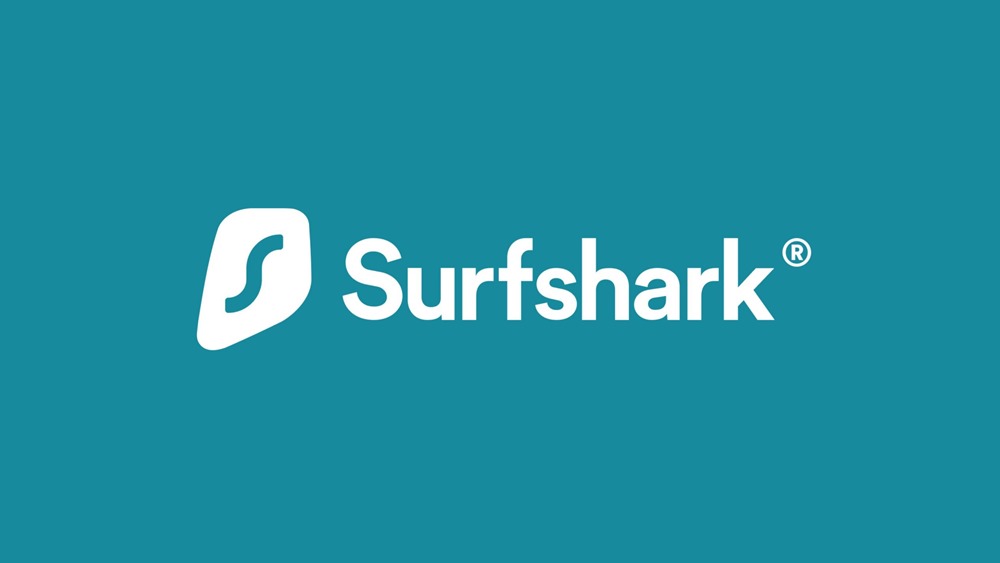 Next, we have Surfshark on our list. One of the best things about Surfshark VPN is its budget-friendly pricing. On top of that, it boasts over 3200 servers in 65+ countries, allowing you to unblock the majority of geo-restricted content.

Surfshark is also known for its no-log policy, meaning it doesn’t store your traffic or any other log data. Plus, all your traffic is encrypted with AES 256-bit meaning no one in transit can see your logs. On top of that, you can choose to pay for the service using cryptocurrencies to make yourself anonymous.

Besides all these things, Surfshark boasts plenty of other features such as a kill switch, DNS and WebRTC leaks, automatic malware scanning, and more. This VPN is also available for all major devices, including Windows, macOS, Linux, Android, and iOS. Overall, it is an amazing VPN that you can use to unblock school and college websites. 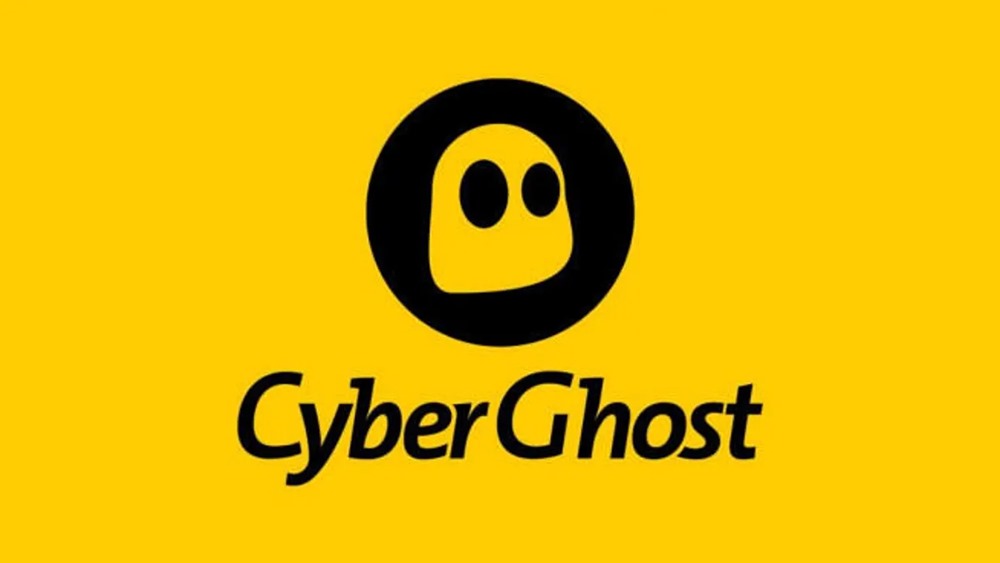 CyberGhost is another great VPN service known for its top-notch security and strong policies for protecting user privacy. However, it has been recently acquired by an Israeli firm headquartered in the UK; therefore, many people are confused about whether they can trust CyberGhost or not.

But if we keep that aside, CyberGhost is an amazing choice for VPNs for schools and colleges. That is because it has over 5700 servers in over 90 countries, making it a perfect VPN to unblock restricted content and websites.

Other than that, CyberGhost encrypts all your traffic through AES 256-bit encryption, making it end-to-end encrypted from your device to the website. Plus, it allows you to use one account on up to 7 devices without any issues. It is available for all major platforms, including Windows, macOS, Linux, Android, and iOS. 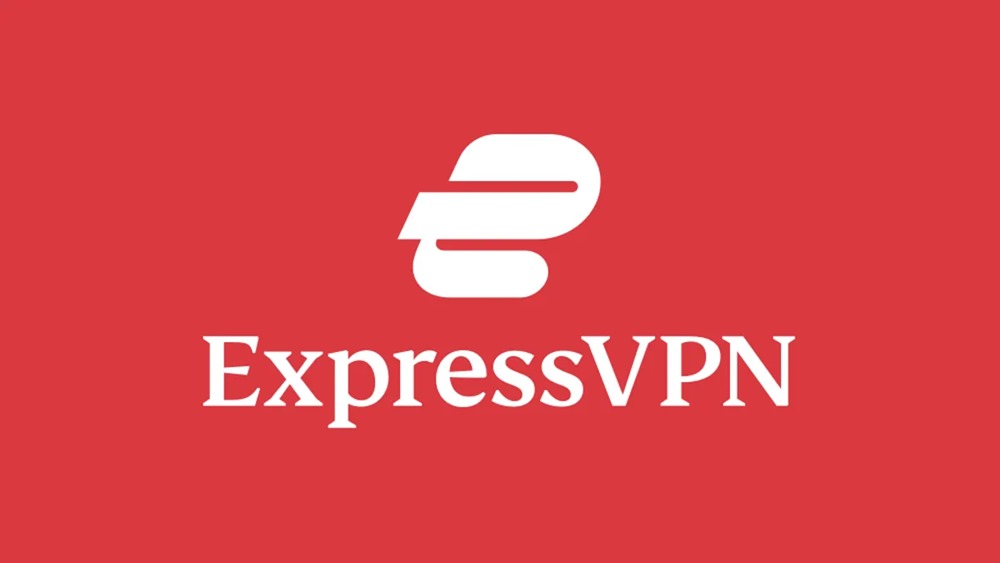 ExpressVPN is one of the best VPNs for schools and colleges for many reasons. It boasts a network of over 3000 servers located across 94 countries. This allows you to unblock almost every single streaming platform, news site, or other platforms which are blocked due to geo-restrictions.

Another benefit of having such a massive network of servers is speed. The speed you get with ExpressVPN is quite fast and is good enough for uninterrupted streaming as well as gaming. Plus, all of its servers are torrent-friendly and can also be used for TOR.

It encrypts all your traffic through AES 256-bit encryption and boasts a transparent, no-log policy. Both of these things ensure that you are safe with ExpressVPN. ExpressVPN is compatible with Windows, macOS, Android, Linux, iOS, and Apple TV. 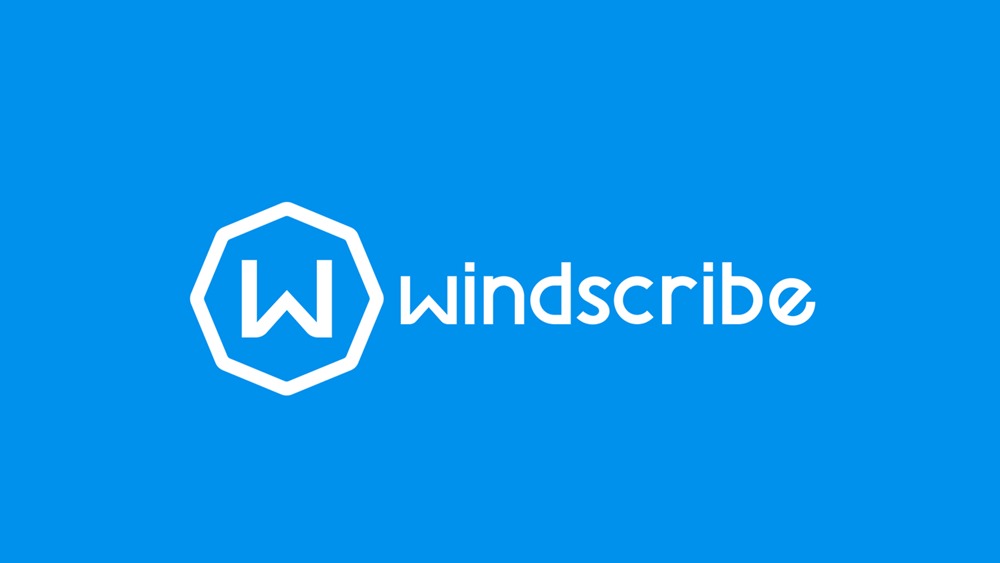 Next, we have Windscribe VPN on our list. With a free plan, Windscribe provides a 10 GB of data allowance per month, which is good enough for occasional streaming and opening websites blocked by your school. On top of that, you can add 5 GB more allowance just by tweeting about the service.

To unblock websites, you can use Windscribe VPN’s stealth mode. This mode allows you to bypass websites blocked due to geo-restrictions or censorship. Besides that, its forward secrecy protects your identity by frequently changing the encryption keys of your connection. 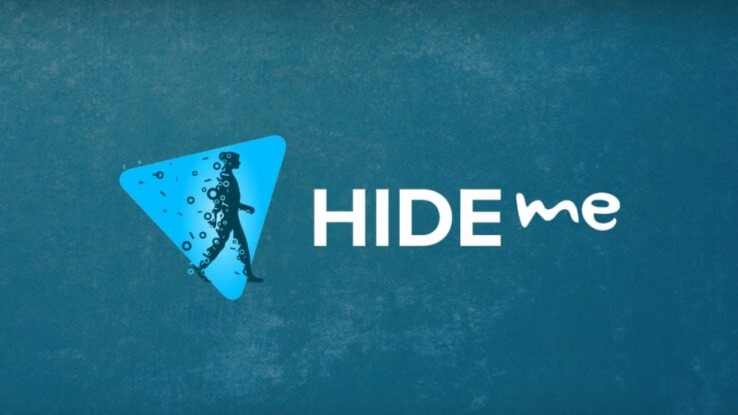 Lastly, we have Hide.me on our list. It is a great free VPN for schools and colleges as it offers 2 GB of free data every month. A 2 GB monthly allowance doesn’t sound too much, but it is good enough for checking emails, downloading assignments, and more. But the downside of this service is that it only gives access to five servers from Canada and Netherland with a free plan.

However, this VPN service is amazing when it comes to security and user privacy. For example, it offers DNS and WebRTC leak protection, an automatic kill switch, a firewall, and the ability to split tunneling and port forwarding.

On top of that, it boasts AES 256-bit encryption that keeps all your traffic encrypted. This is a great VPN service for unblocking geo-restricted content from Hulu, Amazon Prime, Netflix, Dazn, and other services. It is also available for all major OS along with Firefox and Chrome browsers.

Before wrapping this article, I would like to address one thing about free VPNs. The thing is that even though there are plenty of VPN services out there that offer a free plan, they put heavy restrictions on data usage, servers, and features.

Besides that, most free VPN services lack essential security features which may put your identity in danger. Therefore, we won’t recommend using these free VPNs for torrenting or onion routing purposes. However, you can use these VPNs for regular browsing without any issues.

With that said, here I am wrapping up this article. If you have any questions, feel free to shoot them in the comment section below. Our team will try to respond ASAP. 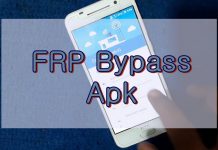 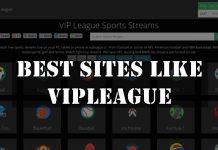 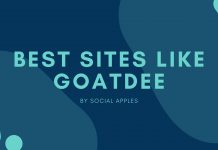 Should You Use Jellyfin Add-On For Kodi?

How to Stream Hulu, Amazon Prime and Netflix from Anywhere?

How To Fix Android Connected To WiFi But No Internet?