Our frenetic pursuit of productivity in today’s age of computing has always put the premium on our tools’ mobility and speed. With those values in mind, creative professionals typically go for Apple’s MacBook Pro as their laptop of choice with the added luxury to boot. But as people demand more performance over cost, the Asus Zenbook Pro Duo is rising to the challenge.

The latest generation of laptops from other brands can be equally compelling. They have the same 8th or 9th generation Intel processors, 16 to 32 gigabytes of memory, dedicated high-end graphics processing unit, high-capacity solid-state drives, and high-resolution 4K-capable screens. They are all packing big-league stuff that is the dream of every digital content creator.

However, everything changes once you up the ante by maxing out on all specs. Ultimately, even the pickiest of the lot gravitate to either a MacBook or a ZenBook. Many creative professionals eventually raise the Asus Zenbook Pro Duo as the definitive winner for more than just cutting costs.

Most professionals always long to increase their screen real estate. They typically resolve the issue by hooking up additional monitors to their laptop or PC. But this solution is nearly impossible to achieve if one is frequently on the move.

Thanks to the ZenBook Pro Duo, working with other than the primary display is now possible. A 14-inch 4K touchscreen right above the keyboard works as an additional display, allowing the user to run secondary applications. The nifty secondary screen thus improves multitasking on a single device by providing a seamless transition between apps.

Other than the groundbreaking secondary display, the Asus Zenbook Pro Duo’s advantage over the top-end version of the MacBook lies further under its hood. The ZenBook Pro Duo uses a new cooling design that solves the issue of thermal throttling, allowing both the processor and the GPU to keep ticking at their highest clock rates without overheating.

In other words, the user gets to enjoy the laptop’s peak performance all the time without worrying about it slowing down in the middle of a series of rendering tasks. That is one issue that has been hounding even the Pro version of the MacBook, even with the presence of its new on-demand overclocking technology called the “Pro Mode.”

Mac enthusiasts often champion the “made for professionals” tagline of Apple’s Pro models. But the increasing luxury tag of these products is making many reconsiders. They would rather have machines with the same or better performance for a fraction of the price.

The ZenBook Pro Duo is not only an equivalent challenger to the MacBook Pro in terms of meeting professionals’ demands. Its GPU is powerful enough to chew on any heavy-duty creative work you can throw at it daily. But what sets it further apart from its Apple equivalent is its ability to handle graphics-intensive games at max settings.

Try achieving that with a MacBook Pro. The bottom line of the debate here on performance over cost tips heavily in favor of the Asus ZenBook Pro Duo. If one pushes for quality over quantity, the computing power of the ZenBook Pro Duo effortlessly goes toe-to-toe with the MacBook Pro. At this point, the argument could easily be more of whether the MacBook Pro is, in fact, overpriced.

But rather than stressing yourself with any further argument, see for yourself why the ZenBook Pro Duo wins hands down in all aspects. The resulting level of your productivity would only outmatch your investment in one. 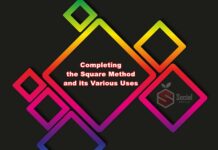 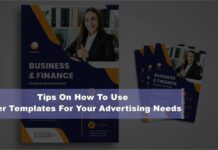 Tips On How To Use Flyer Templates For Your Advertising Needs 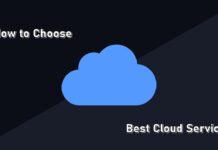 Dress in the Costume of Success: Women’s Top 5 Fashion Essentials

How to Control iPhone from Computer [Without Jailbreak]