The LDAP protocol is something organizations have historically used for user management and authentication. The LDAP protocol has been in use for around 30 years, and during that time, it’s expanded to meet changing business and IT environment needs.

Now, with cloud-driven businesses increasingly dominating, what’s the relevance of LDAP, and what else should organizations know? Namely, how does LDAP compare to active directory?

Essentially, with LDAP, there’s a specification of how directory storage is done, and there’s a facilitation of the authentication and authorization of users for IT resources.

The three primary functions of LDAP are update, query, and authenticate.

A directory service maintains the storage of users, computer accounts and passwords, and then shares any information with other network entities.

With LDAP, users gain access to IT resources through the input of credentials. Then, the protocol will search and compare credentials to what’s stored in the LDAP server for the user. If there’s not a match between the username and password in the directory, then LDAP won’t authenticate the user.

LDAP protocols in and of themselves aren’t software, but there are software options that have come about to streamline management and implementation. One of the first was OpenLDAP.

OpenLDAP is an open-source implementation of the LDAP protocol, and since it’s open-source, it’s also free and available to anyone. It’s an LDAP directory software that can be used on any platform.

This LDAP solution is customizable and provides support for a variety of platforms.

What is an LDAP Query?

A query is sent to the directory in order to find out information that you are looking for, or it can be used to update, add or delete an entry. A query is not required when using some of the Active Directory modules, but it might be necessary with other types of ADSI scripts.

LDAP Queries can be performed with any of the following Active Directory ADSI providers:

When would you use an LDAP Query?

LDAP queries are most commonly used with VBScript. For example, you might wish to perform a query against your directory in order to write all users to a text file.

What is Active Directory

Active Directory functionalities include group and user management, administration of policy, and authentication.

AD offers a single sign-on, and it can integrate with a virtual private network (VPN).

The two big goals of AD are allowing users to access resources with a single sign-on and allowing administrators to manage not just users but other resources on the network in a centralized way.

Active Directory is one example of a service that supports LDAP.

AD has more features than OpenLDAP, and AD uses protocols in addition to LDAP.

When Should You Choose Active Directory?

Many organizations will choose OpenLDAP because it saves them money and offers flexibility in that it’s highly configurable, especially for skilled engineers. OpenLDAP is also compatible with almost all operating systems and platforms, but AD is for Windows.

On the other hand, if you have a Microsoft and Windows environment, AD can be a better option.

When you use AD in your Windows environment, you can use Active Directory Users and Computers, a console for almost all management tasks. Even so, you do have to think about what you’ll do about your SaaS applications and mobile apps, as well as Linux and Max support and file servers that aren’t Windows-based. For these, you’d need integrations or add-ons to extend AD support.

Often, Neither Are the Right Choice

While the above gives you a comparison between OpenLDAP and AD, many organizations are finding neither one work for their evolving identity management needs. They’re both relatively outdated and don’t offer a complete architecture for identity and access management. With remote work increasingly prevalent, this is a priority right now.

Neither option can adapt to cloud compatibility needed for remote work, and neither one can completely centralize the management of users. Both are tools that should be part of a more significant identity and access management system with many other tools. However, that approach then creates vulnerabilities and inconsistencies.

I hope this article has helped to clarify some of the differences between LDAP and Active Directory, but these technologies are broad in scope, so make sure you do your own research before implementing them in any production environment. In case you have any queries regarding this article, let me know in the comments section. 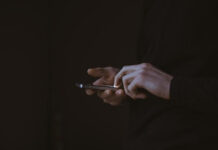 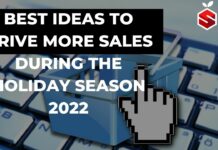 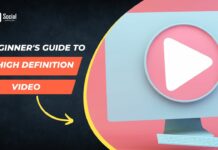 How to Fix Pandora Session Timed Out Error?

How to Make a Keylogger Using Notepad ?

Does Netflix Have Anime?